Leaving Tarumi station, I turned left, walked a little and saw the sign for Goshikizuka Kofun…

I lowered my head to the closely lined-up Ozizō-san, and followed the arrow up the slope.

Proceeding along the road, I passed groups of elementary school kids on their way home. Turning left towards the ocean, a hill suddenly appeared in front of me! It was the keyhole shaped mound, “Goshikizuka Kofun”.

Built in the middle of the Kofun Period (end of the 4th century), they say a powerful clan that ruled the Akashi Straits and the surrounding area is buried.

At 194m, Goshikizuka Kofun is comparable in size to a ruler’s tomb of the early Yamato (political) administration.

After some 10-years of excavation and reconstruction (beginning in 1965), Goshikizuka Kofun was finally revived.

Having recorded my name and visiting time at the office, I climbed the mound at once.

I wasn’t alone; a visitor from Kanagawa was already enjoying the sea view…

Jutting out towards the Seto Inland Sea, the front portion of the Kofun is surrounded by cylinder-shaped Haniwa (terracotta clay figures). Beyond the Haniwa, I saw the Akashi Kaikyo Bridge and the ocean sparkling in the sunset… Awaji Island was also visible beyond the bridge.

When you look closely at the replica Haniwa, they look a little too new, but seen together with the Seto Inland Sea, it’s almost as if they’ve survived the centuries together through the waves of history…

Climbing up the rear section, behind you people are going about their daily lives backdropped by the Rokkō Mountains… while the front portion and the ocean and are in front of your eyes.

While Goshikizuka Kofun is becoming popular as a “power spot”, it is great to visit if only for the magnificent views!

Why don’t you experience the sea breeze at a quiet time? 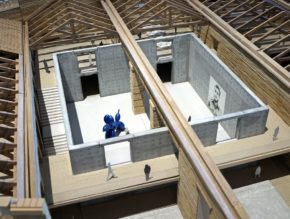 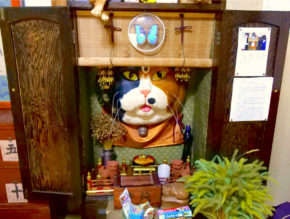 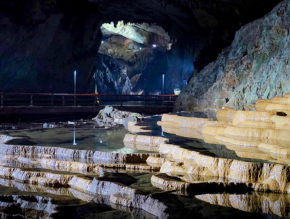 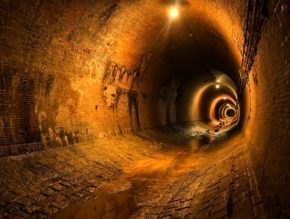 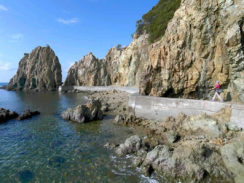 What a superb view…! In this geopark you can see the strata from 400 million years ago / Suzaki Kaigan Coast (Seiyo-shi, Ehime) 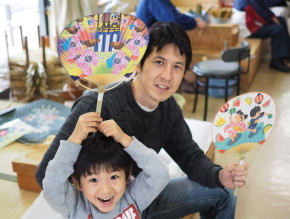 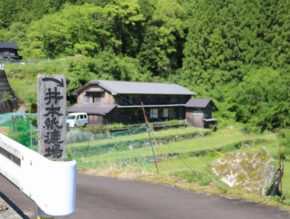 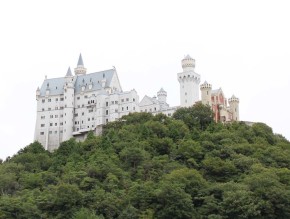 The Terracotta Army, The Tiananmen Square Gate, The Great Wall, The Great Pyramid, The 500 Rakan Statues!? Architecture & Statues from Around the World in one Giant Space / Taiyo Park (Himeji City, Hyogo Prefecture)