‘Writer baton’ is a project whereby photo-writers from each of the 7 prefectures that surround the Seto Inland Sea send each other their particular prefecture’s specialties. Yours truly who lives in Ehime received a package from Ms. Yumi Kobayashi, our photo-writer from Kagawa prefecure.

When talking about Kagawa… there can only be that one thing, right? I’m excited as I open the package from Ms. Kobayashi and… Oh? It’s not that one thing I expected. “These are… iriko (dried Japanese anchovies) !”

On the shores of the Seto Inland Sea, since olden times iriko anchovies have been the staple fish used for broths. However, the name “iriko” is used mainly in west Japan. When I was a small girl, I used to sit by my mom when she was removing the guts of anchovies. I ate the dried sardines as a snack, which is why to me, iriko have a very nostalgic flavor.

These dried anchovies are made using superior quality fish from the Seto Inland Sea’s Hiuchi offing. Made using labor intensive traditional methods, and apparently gutted one at a time, they are a rare product in our day and age.

Awarded the 2010 Kagawa prefecture product concour’s prefectural governor’s prize (the highest award), in the photograph above you can see “Pari pari baisen iriko”, as well as  “Misopari”, which is dried anchovy seasoned with miso powder, dried sardine furikake (dried food sprinkled on rice) and “Yamakuni no irikodashi tsuyu“(sauce that includes broth made from dried anchovies).

With this kind of iriko assortment, I can only think of that one thing to make! And so, I used this souvenir from Ms. Kobayashi to cook udon noodles.

First, I put the sardines in cold water and slowly warm it up to make the broth. I’ve been so busy lately that I haven’t made any iriko broth in a while, so my children come by to watch.

While the udon noodles are boiling, I make some rice balls with the dried sardine furikake. With all this iriko we surely won’t be lacking in calcium!

I add some tsuyu sauce to the broth I made from iriko and the soup is finished! I add sumaki, an Imabari specialty, which is a kind of kamaboko (steamed fish paste) wrapped in straw.

Actually, my birth home made and sold kamaboko… Look at the iriko udon noodles and iriko rice balls in the photograph below and you can see a collaboration between Kagawa and Ehime. 🙂

I was just about to eat when my two children jumped in saying they wanted some, too, so we all ate together. “So good! Delicious!” My son monopolized the bowl in the end.

“Pari pari beisen iriko” and “Misopari” are delicious even eaten as is. While my son is finishing the noodle dish, I munch on the dried anchovies while reminiscing about my childhood.

Once you start, you just can’t stop. Before I realize, I’ve eaten nearly all of them!

Thanks for these delicacies goes to Ms. Kobayashi. 🙂

When I saw the iriko, it brought back many happy childhood memories and made me feel nostalgic. And they were really delicious, too!

Next off is Mr. Fujimoto from Yamaguchi… I wonder what I should send him?? 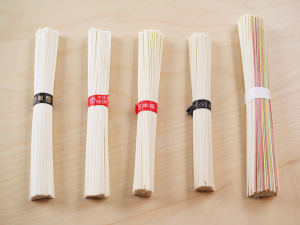 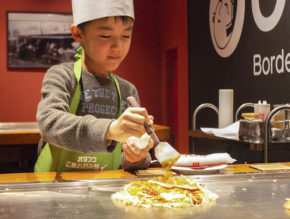 A must-visit place at Hiroshima Station! You can cook, eat, and learn about okonomiyaki at “OKOSTA, okonomiyaki cooking studio.” / Hiroshima-shi, Hiroshima 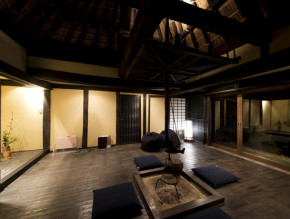 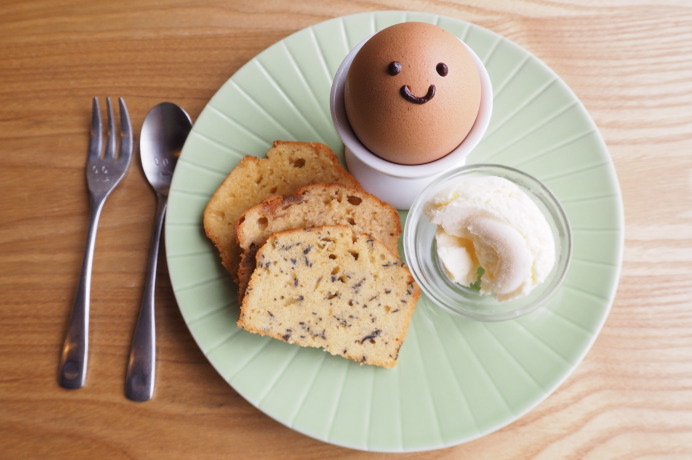 Such a Treat! Enjoy ‘Sweets of Happiness’ on a Calm Seto Inland Sea Island… 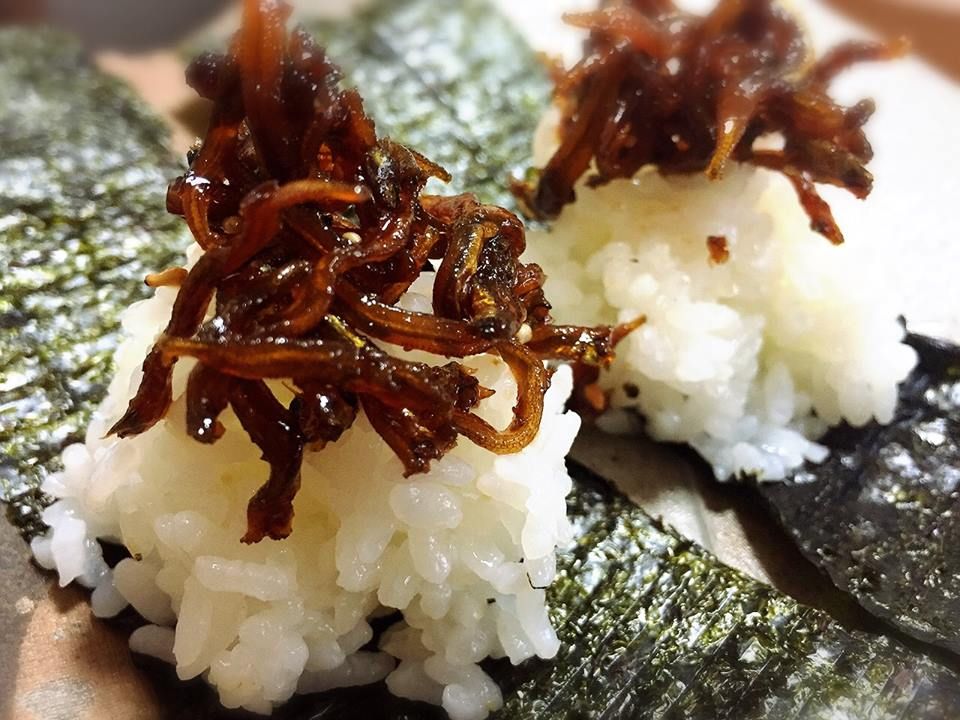 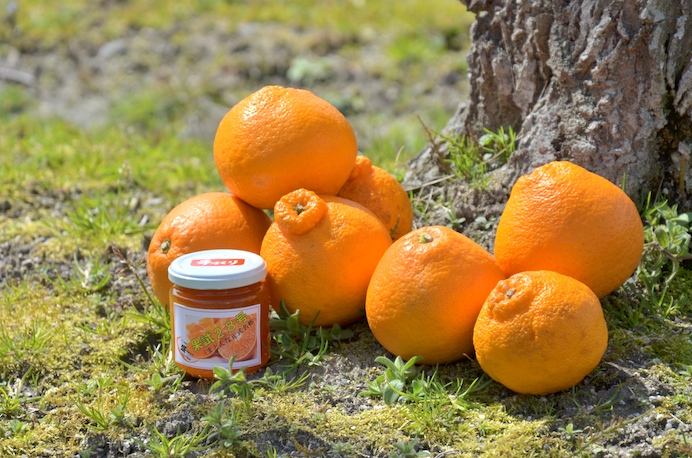