In the middle basin of the river, there is an area called Oboke. This name is absolutely not an insult ('Boke' = 'idiot, fool')!!

There are various theories on the name's origins, but apparently an ancient Japanese work 'hoki' meaning a cliff or such steep place was altered and so the place got the name "Oboke" (大歩危 in kanji).

According to another theory, the name is taken from the expression, "It's dangerous (危 one meaning = 'dangerous') when you walk (歩 one meaning = 'walk' ) in big steps (大 is the character for 'big')."

And what is dangerous? The terrain!

Both sides of Oboke Gorge, through which Yoshino River flows, are a continuation of intricately complex marble-like cliffs.

Though created as the flow of Yoshino River has scraped off the crystalline schist a little bit at a time over millennia, these cliffs look like the work of a giant sculptor!

They have been designated as one of Japan's natural monuments.

Next, we will show you the best way to enjoy the scenery of Oboke Gorge.

This is the Oboke Gorge Sightseeing Boat.

We continue sailing downstream while listening to the boatman's explanation. The combination of the emerald green of the river, the intensity of the cliffs that seem to surround you, and the beautiful mountains, is simply overwhelming.

Midway through the course, we come to the lion shaped "Shishi Iwa" (Lion Rock).

Can you see the lion shaped rock?

If you look carefully, there may be other rocks that seem to be shaped like something.

Hop on the boat and try and find them for yourself!

Others Others Tokushima Miyoshi View 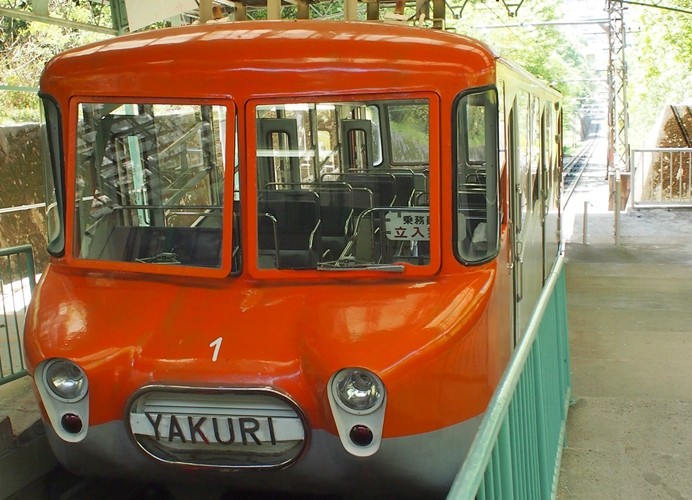