Deep among the 50-100 meter high hills of Anabuki, Mima city, Tokushima prefecture, there is a mysterious, relatively unknown shrine!

With its historic ruins, Shirahito shrine has been introduced on Japanese TV…

The legend of the temple goes back to the era of Emperor Ninken who is believed to have reigned between 488 and 498. It's a legend that has continued to be told since the Kodun period (around 250–538).

According to the legend, a gray-haired old man descended from the heavens and said, "This valley is a sacred place. However, to worship and appease the gods, it should be named Miyauchi."

Normally a shrine is guarded by guardian lion dogs…

However, here rabbits are messengers of the temple's deity – one sits small and quiet on top of a lantern… It is said that if you pet this rabbit, you will receive better fortune.

There are even rabbits on the kaerumata (the wooden support on top of the main wooden beam found in traditional Japanese buildings).

There is another legend associated with this location, and it goes like this:

After the Hogen Rebellion, Minamoto no Tametomo visited Emperor Sutoku who had been exiled at Sanuki. When Minamoto no Tanemoto drew his bow at Aiguri ridge, which is located on the border of Asan and Sanuki, the roaring arrow hit Bishamon gaol, recoiled and fell at Shirahito shrine.

Afterwards, Minamoto no Tanemoto had the shrine built at its current location, and the bow and arrow were offered to the temple. The bow and arrow have since become treasured artifacts and every year on the 14th day of the first month of the old Japanese calendar, an archery contest is held at the shrine.

The rear shrine of Shirahito shrine is located around 100 meters southwest of the main shrine.

Here you can see some mysterious ruins…

Shinmei-no-mori ('the god's forest') where beech and pine trees, evergreen oaks and other trees grow densely, is located within the shrine grounds…

We take the stairs towards the remains.

Climbing the stairs, you come to a small, strangely shaped shrine surrounded by stones called iwasaka (*1), as well as a goshamikado (*2) shrine.

(*1) Iwasaka is the object that marks the spot where the deity descended.
(*2) A structure that is surrounded by stones with three entrances ('kado'). There are five shrines ('gosha') in the interior.

The form of these strange remains is said to resemble that of the ancient Jewish sites of worship!

The area is a bit strange and a bit scary – a very mysterious place!

Though now very much on the radar, until recently Shikoku hadn't been paid much attention. Some people say that maybe Shikoku with its pilgrims has been hiding something…

Shikoku is a mysterious land, a healing land. I feel something that will be necessary in the coming ages can be found in Shikoku… 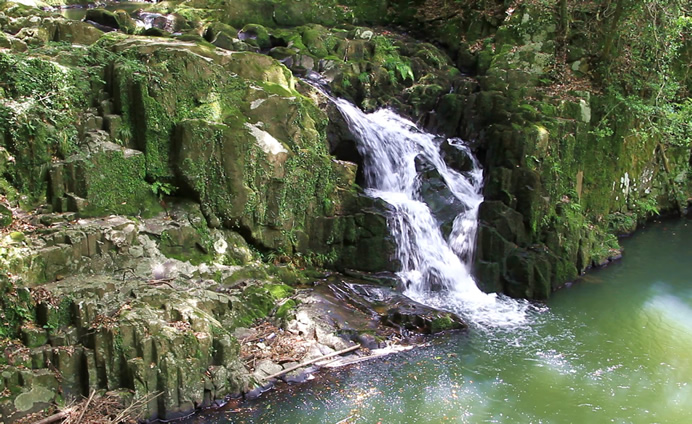 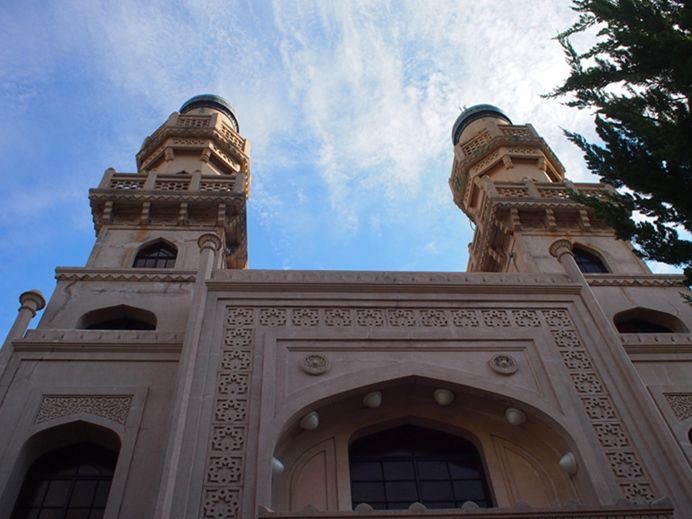 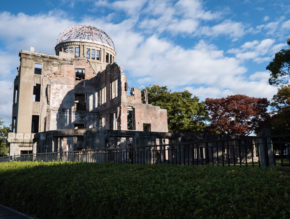 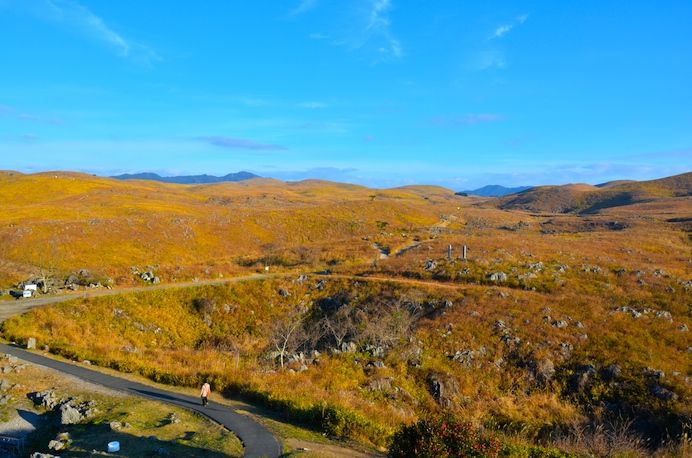