A Tour Around Okayama to Areas Connected with Momotaro??

As there are numerous legends connected with the Seto Inland Sea area, we recommend touring around the related sites.
This time’s legend is a fairy-tale known by all Japanese people, Momotaro.

Momotaro is the tale of a man who was born of a peach. After growing up, Momotaro goes to Onigashima (The Island of Demons) to exterminate demons.
There are several areas around Japan that are said to be related to Momotaro. Among them, one of the most popular is the Ura legend written in the Kibitsumiyakien and passed on to Kibitsu Shrine, which is located in Okayama city, Okayama prefecture.

Dating back over 2000 years, many locations that appear in it still exist today.
Let’s grab some sweet dumplings and tour around these legendary sites.

When talking about Momotaro, one has to mention the demons. The demon in this legend was a prince called Ura who had come from a far-off country. His eyes would light up like those of a tiger or a wolf, his hair was red like fire, his strength was inhumane, and he was very brutal. Quite like a real demon, right??
The prince’s castle was in Niiyama, here in Okayama prefecture, which is currently the location of Ki castle (on top of Mt. Kijo, in Soja city).
As seen in the photographs below, some of the remains have been reconstructed.

The next shrine is said to be the place where the emperor’s son, Kibitsuhiko no Mikoto camped in order to defeat Ura.
Kibitsu Shrine, within which Kibitsuhiko no Mikoto is enshrined, was chief among the Shinto shrines of Bitchu province.
The Honden (main shrine) seen in the photograph below is believed to have been constructed in the Muromachi period by Yoshimitsu Ashikawa and has been designated as one of Japan’s national treasures together with the Haiden.

This location with the large stones is called Yagui-no-miya (Yagui Shrine). It is said to be the place where arrows shot by both parties connected in midair and fell to the ground.
According to another legend, this is the place where an arrow shot by Kibitsuhiko no Mikoto split a stone thrown by Ura and fell. These enormous stones are the remnants of the stone thrown by Ura.

Charmingly, Kibitsuhiko no Mikoto ripped Ura’s head off and skewered it.
They say that even when Ura died, a groan echoed out of his neck, and that even after feeding the carp to the dog, and becoming a skeleton, the groan kept on echoing. Apparently, even after he was buried under the Okamaden the groan continued…
It’s a slightly scary story, but this is not yet the end.
Ura appeared in Kibitsuhiko no Mikoto’s dream and said that he would let Ura’s wife Asome cook the rice offered to the gods, and that she would become a servant of Kibitsuhiko no Mikoto and tell him his fortune. Based on this, a ritual is said to have begun.

This is the Narukama ritual of Kibitsu Shrine.

Also at Kibitsu Shrine there is a stone that is said to be the one where Kibitsuhiko no Mikoto left the arrows he was going to shoot during the battle with Ura. Yaokiiwa is still there.

Many folk tales are actually based on legends like this found at shrines and in different regions. The legends gradually changed and became the stories we know today. 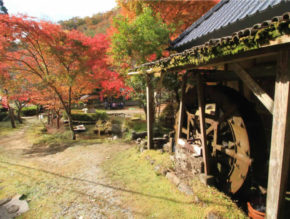 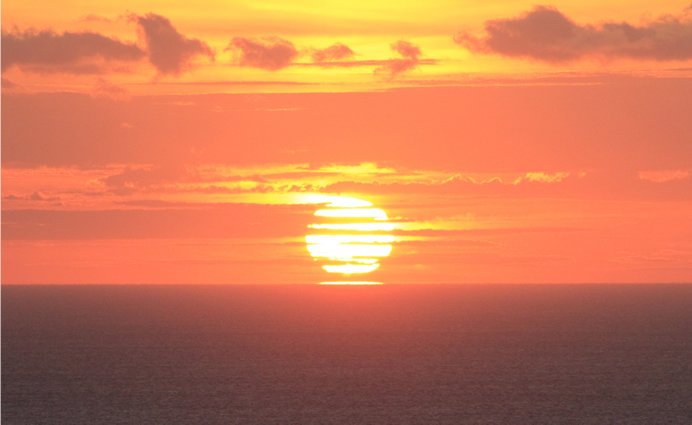 The Year’s 1st Sunrise: Our Recommended Spots in Minami Awa!