The Great Seto Bridge connects the island of Shikoku with the main island of Honshu. Along the way when traveling from Okayama, there is a shrine nestled quietly at the foot of Mt. Fukunan. Konohanasakuya‑hime Shrine’s location lies so deep that if you didn’t know it was there, you might well go straight past it.

Konohanasakuya-hime-no-Mikoto, the enshrined deity is Amaterasu Ookami, the sun goddess’s grandchild, Ninigi-no-Mikoto’s wife (the empress of Ninigi-no-Mikoto), the goddess of beauty is the subject of numerous legends in various areas of Japan as the country’s first empress. The name, Konohana (cherry blossom), also means a woman as beautiful as, for example, cherry blossoms, and the enshrined deity brings many happy blessings to women.

The first on the list of the shrine’s virtues is beauty. There are even rumors that actresses and models visit the shrine. The shrine is also known for tying relationships, and the hanasachimori talismans available within the grounds are really popular among women wishing to get married.

Befitting the temple’s name, flowers bloom within the grounds according to the season, and as such it is a popular spot for flower viewing.

In addition, there is a place where the main shrine used to be located, which is now called Oku no Miya (the interior shrine). It can found after about a 30-minute climb up the hill behind the shrine, and is well known as an area filled with mystical energy.

Also, nearby there are numerous observation areas that offer views over the Seto Inland Sea and the Great Seto Bridge.

We recommend combining a visit to the shrine to boost your feminine virtues with a drive that includes admiring flowers, praying for happy blessings, and a shopping trip to Kurashiki and Kojima Island on your way back.
Konohanasakuya-hime Shrine
Address: 1671-4 Fukue, Kurashiki city, Okayama prefecture
Telephone: 086-485-0047

Others Others Okayama Cherry Blossom/Sakura Temple/Shrine 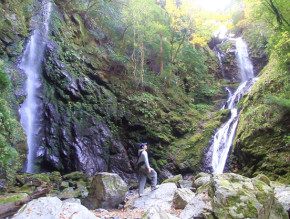 Amagoi Falls, the “Couple” Waterfalls at the End of a Healing Walk by a Mountain Stream! 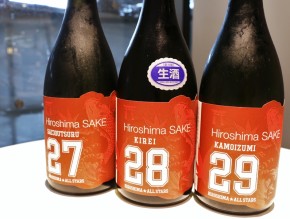