Located almost smack in the middle of Okayama prefecture, the Kume district is one of the Setouchi area’s great rice cultivating areas!

Four of Japan’s top 100 terraced rice fields are to be found near each other in this area, and you can tour them all within half a day while enjoying a relaxed drive along country roads that offer charming views of traditional scenery.

Among the 4 fields, the Kitasho terraced fields are located at the most easily accessible area. With a total of around 2700 paddies, their scale is among Japan’s largest!

Below is Kannobuchiike reservoir, which has also been selected among Japan’s top 100 water reservoirs.

Often seen near terraced rice paddies, reservoirs like this fill the important role of ensuring a continuous supply of water for farmland.

This is how the Kitasho terraced rice paddies look in early September.

Around harvest time when the rice crop has fully ripened, it almost looks as if a yellow rug has been spread out!

Furthermore, on the way to the Kitasho terraced rice paddies, you can find the famous Tanjoji Temple.

A special site among the sacred sites of the Chugoku 33 Kannon Pilgrimage, the main temple (Goei-do) has also been designated as an important cultural property.

Actually, this temple was established in the birth area of Honen, who is known as the founder of the Buddhist Jodo sect, and that’s also the origin behind the temple’s name (‘Tanjo’ means ‘birth’ in Japanese).

Within the premises you can find bronze statues that show Honen heading off on his travels in his younger days.

The main gate of the temple has been designated as an important cultural property by the Japanese government. If you take the road in front of the gate and climb up the road for a while, you will reach the Kitasho terraced rice paddies.

Stop off at Tanjoji Temple to say a prayer first though!

Next off, we will introduce the Kamimomi terraced rice paddies.

Relatively close to the Kitasho fields, there are signboards indicating the way.

When these terraced rice paddies are fallow, they are utilized for cultivating fruit.

In mountainous regions with low productivity there is often no field rotation and they are just left as is, but in this region, the farming area is actively utilized.

Seeing dry and wet fields in harmony is one of these terraced fields’ special characteristics.

Our tour around the terraced rice paddies will continue!

During the second part of the tour, we will introduce the two remaining terraced rice paddies!

The roads leading to the terraced rice fields may include hard to understand points mid-way, so make sure to check the road well before visiting:
Guide Homepage: http://www.pref.okayama.jp/page/detail-3037.html (Japanese) 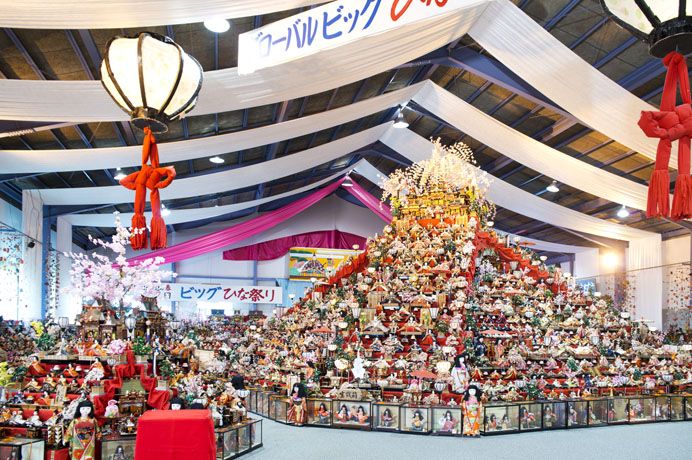 Big Hina Matsuri: No.1 Girl’s Festival Featuring Dolls from All over Japan! 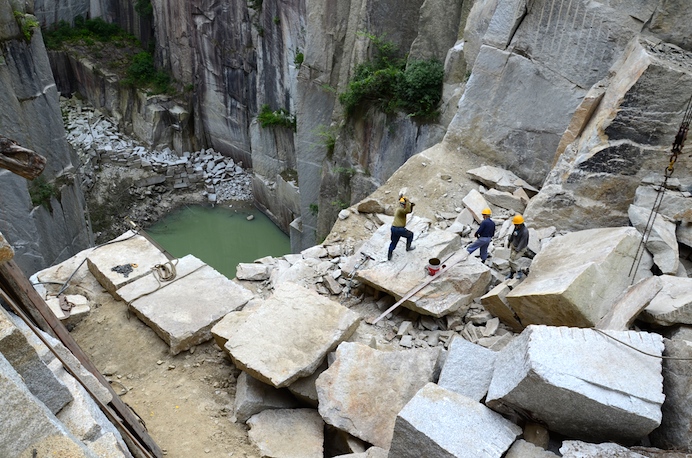 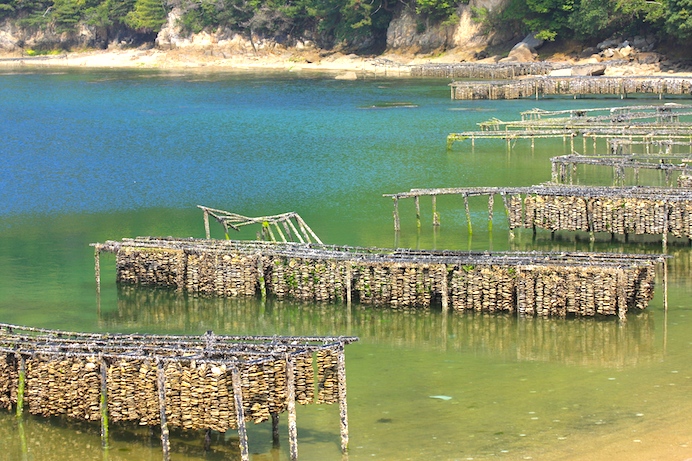 A Fisherman’s Island That Will Catch Your Heart Too! / Atata Island (Hiroshima Prefecture)