Skirting the epic ocean whirlpools of the Naruto Strait After talking with the crew of the Kanrinmaru cruise ship we knew we were in safe hands. 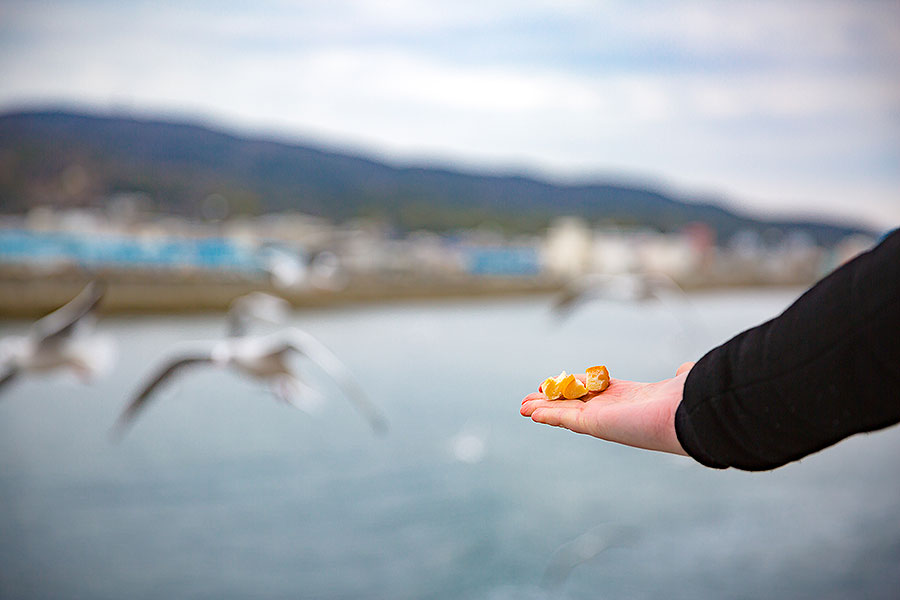 Breadcrumb-clad palms offer an opportunity to get up close and personal with local seagulls. 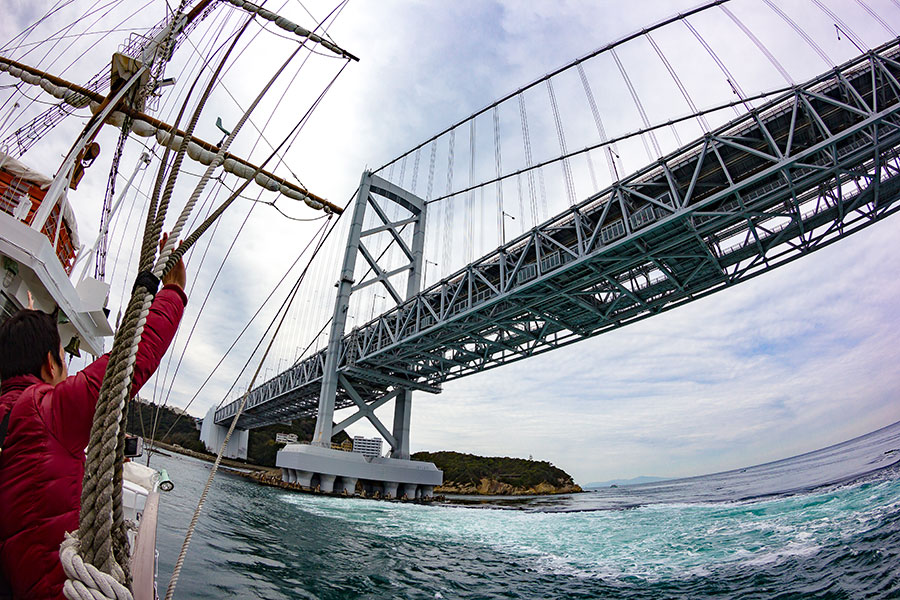 Sailing toward the big ocean whirlpools underneath Onaruto Bridge. 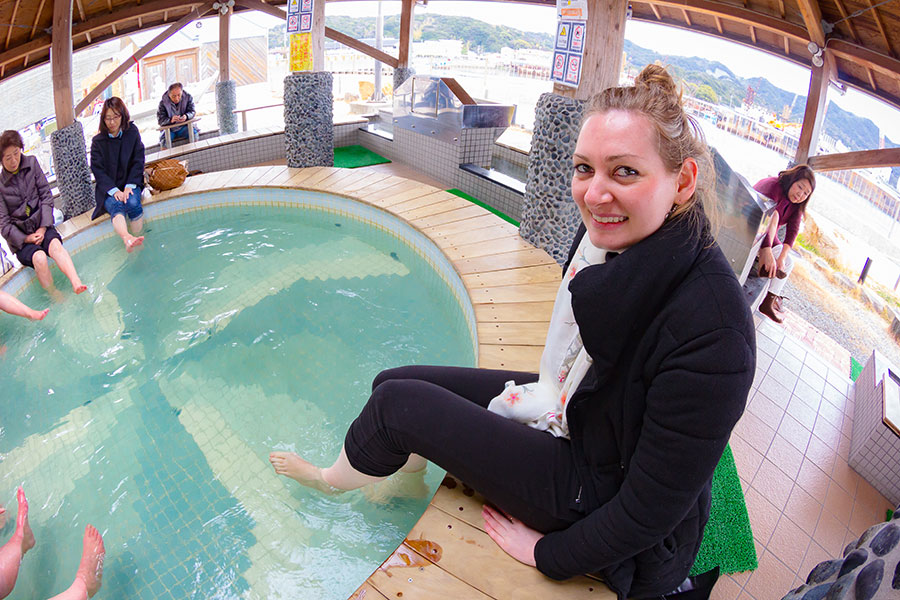 Having a relaxing soak in the ashiyu uzunoyu (hot spring foot bath), located near the boarding area.

Sometimes it takes a few minutes on the deck to get my sea legs, but today, excitement has overshadowed my usual mal de mer. Aboard the triple-deck Kanrinmaru, cruising along the Naruto Strait in the Seto Inland Sea, I gaze in anticipation at the majestic Onaruto Bridge arcing across the horizon.

The structure connects Awaji Island in Hyogo Prefecture with Naruto City in Tokushima — one of four prefectures on the island of Shikoku. Underneath it, swirling as if part of a giant ocean vortex, is one of Mother Nature’s mysterious gems — the Naruto whirlpools.

Cruising at a casual 10 knots, the cool ocean winds whip strands of hair across my cheeks. The salt-tinged air seasons the tip of my tongue, as I lean against the cold metal safety rail that snakes around the perimeter of the deck. I’m already snapping away with my camera, trying to get my best shot of the beautiful Onaruto Bridge.

Soaring over the deep, low whirr of the Kanrinmaru’s motor are the high-pitched screeches of frenetic seagulls. Gliding centimetres above the water, then zooming high into the air, the birds seem to have no trouble keeping up with our vessel.

I soon understand the cause of the stir — the breadcrumb-clad palms of 33-year-old crew member Jiro Kurume. “Sometimes they get really confident and eat the bread out of your hand,” he chuckled, handing me a bag of bready bird treats. “But today they’re shy.”

Our hungry, feathered friends vanish with the last of the bread rations just in time for us to meet the first of the moody, swelling seas we are so keenly anticipating. As the bridge stretches overhead, I wave to the people peering down at us from behind the glass panels of Uzu no Michi — Onaruto Bridge’s whirlpool viewing platform.

As I turn my attention to the ocean once more, I see that we are steadily approaching the fierce spirals of seawater. Whirling and whipping around as if giant plugs were pulled from the the ocean floor, water appears to be draining through to the unknown depths below.

The phenomenon occurs when opposing currents from the Seto Inland Sea and the Kii Channel meet in the Naruto Strait, a 1.3 km wide channel connecting the Pacific Ocean to the Seto Inland Sea. These powerful whirlpools form the point at which the large volumes of water and strong currents moving between the two oceans collide. Elusive on some days, and ever-present on others, the whirlpools vary in size depending on the intensity of the tides.

“Spring and autumn are when they’re at their most spectacular,” Kurume explained. “They’re also best around the time of a full moon — under ideal conditions, the whirlpools can reach at least 20 meters in diameter.”

Groups of camera-wielding spectators gather at the side of the deck, vying for that enviable “whirlpool money shot,” oohing and aahing and giggling like children. The crowd is delighted and so am I. As we contemplate the extremes of Mother Nature and our place as keen observers within it, we are amazed to be sailing within meters of some of the world’s biggest and fastest whirlpools.

After two laps of the whirlpools, the brisk air whipping over the the deck starts to chill our extremities, so we drop down below, and cruise back to port in the warmth of the Kanrinmaru’s tatami-mat saloon. As we disembark, lamenting that it’s ended all too soon, Kurume reassures us that our whirlpool experience isn’t yet over. He leads us past the boarding area in front of the Uzushio Dome Nanairo building, and on to the Ashiyu Uzunoyu hot spring — a free, 100-percent-natural, hot-spring foot bath, where the water swirls around the tub in its own mini-whirlpool. What more could we possibly ask for? The perfect antidote to our chilled fingers and toes, we peel off gloves and socks, roll up our trousers and give it a whirl. 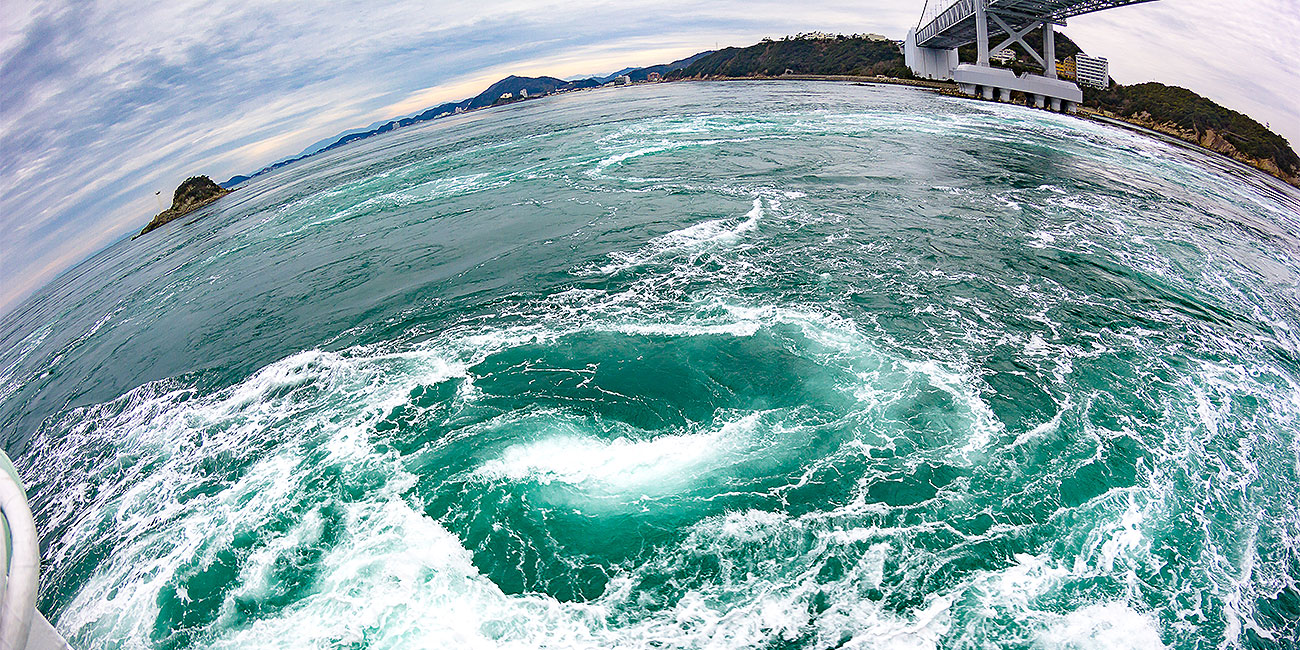 Extra Information
SIGHTSEEING BOATS
There are two companies that run tours from piers on Shikoku, and one that operates from Awaji Island on the opposite side of the strait. All boat tours last 20 to 30 minutes.


Boarding place:
FROM THE AWAJI SIDE (Port of Fukura)
Kanrinmaru
Tel: +81-79-952-0054
info@uzu-shio.com
http://www.uzu-shio.com
Extra Information
FROM THE SHIKOKU SIDE (Kameura Kanko Port, Naruto Park)
Wonder Naruto (large vessel) or Aqua Eddy (smaller vessel)
Tel: +81-88-687-0101
https://www.uzusio.com/en/
Extra Information
Uzushio Kisen
Tel: +81-88-687-0613
http://www.uzushio-kisen.com/en/
Extra Information
Visitors can also view the whirlpools from the Senjojiki observatory, from the observation deck located on the top of the Eska Hill Naruto, or from the Uzu no Michi whirlpool viewing platform suspended 45 meters above the strait.

> Shops and cafes with cute foods in Okayama, where girls really want to go! /Okayama Prefecture

> A guesthouse in which Japanese-style architecture collaborates with art in Dogo, Shikoku. /DOUGOYA (Matsuyama-shi, Ehime)

> An Introduction to Tokushima’s Kamikatsu: Stunning Nature and Zero Waste

> A roundup of the attractions in Onomichi, such as superb views, nice food, and accommodations!/Onomichi-shi, Hiroshima

> 5 sightseeing spots in Shimonoseki, where you can see amazing views!/Shimonoseki-shi, Yamaguchi prefecture

> 5 tourist spots in Tokushima prefecture which will surprise you.

> Let’s try one of Three Greatest Manjus in Japan! You can have them freshly made and warm right at the factory, Ote Manju Inbe-ya (Okayama-shi, Okayama Prefecture) 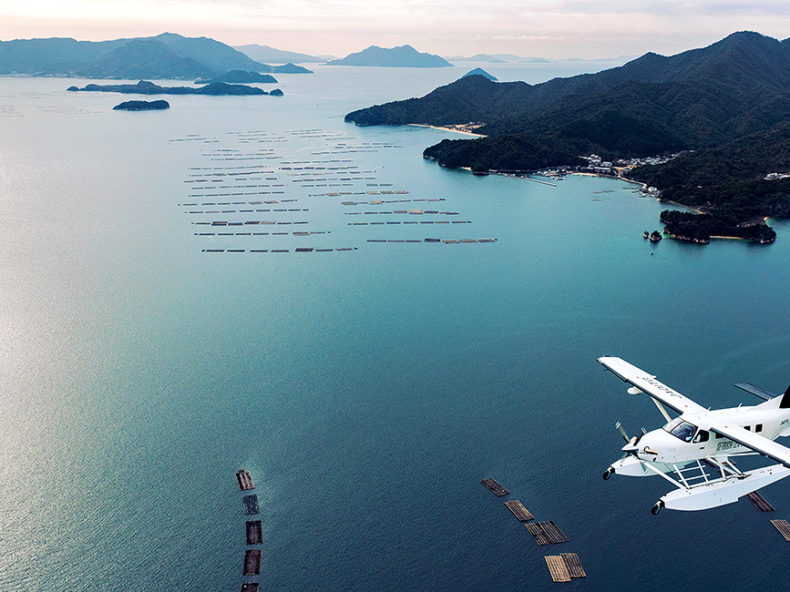 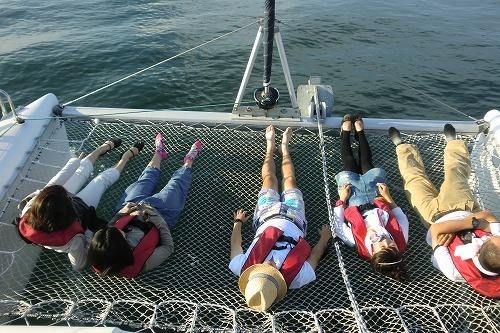 Nogutsuna island, A haven of peace and Abandoned houses in the Seto Inland Sea (Ehime) 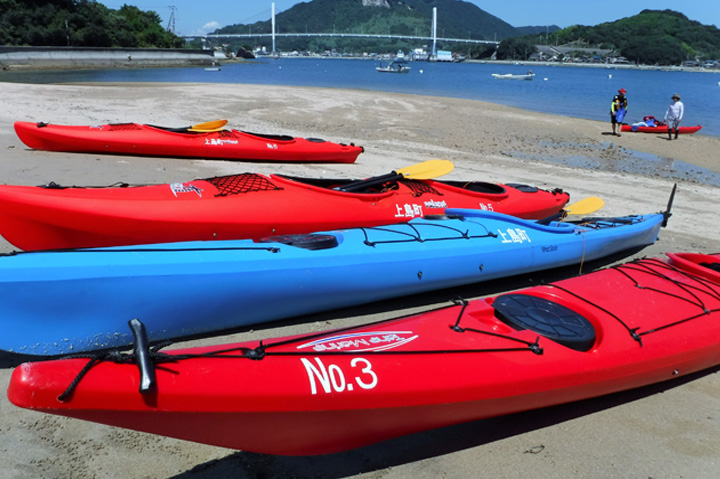 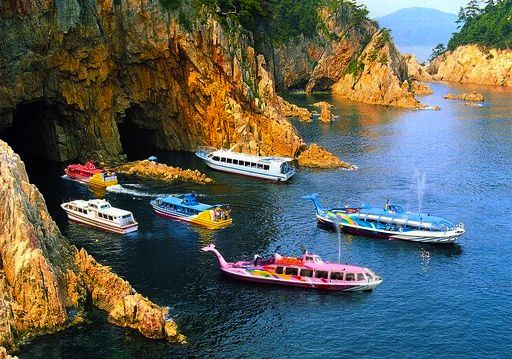 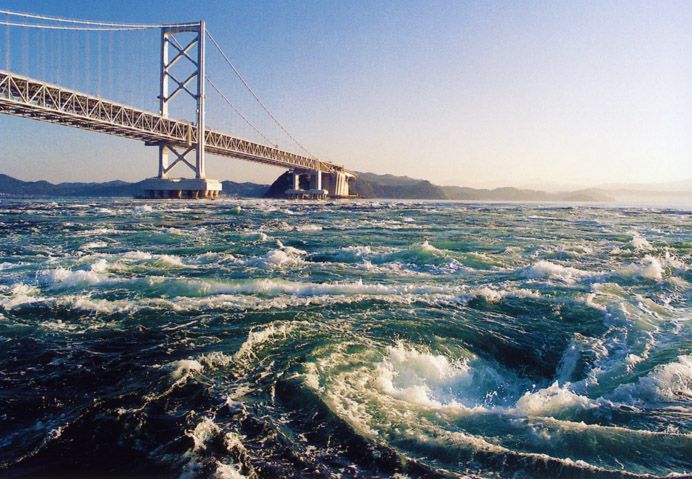 Getting close to the world’s best whirlpools : Uzushio Kanchōsen (Tokushima) Whirlpool Cruises with an Impact Start at Roadside Station Fukura!