Soja city is located in the mid-south of Okayama prefecture, an area that was once the center of the ancient Kibi province. It is also the place where the provincial capital of Bicchu province was located after the divide of Kibi province, and as such is well known for its historical sights and ruins.

Tsukuriyama, an ancient tomb, is found in a thick forest at the end of this road.

If you look to the east, you can see Bitchu Kokubunji Temple’s 5-storey pagoda.

Among all the historical sights in the area, Bitchu Kokubunji Temple, the symbol of Soja, is one you simply cannot miss.

Picturesque whatever the season: In the spring the area is covered with rapeseed flowers, during autumn with the beauty of autumn foliage, and June, green seedlings and purple hydrangea accent the view.

Bitchu Kokubunji Temple was established in 741 upon the orders of Emperor Shomu.

However, the structures we see today are part of Nisshozan Kokubunji Temple, which was rebuilt during the Edo period.

Meant only for bicycles and pedestrians, in front of the temple there is a prefectural road generally known as the Kibi Bike Trail.

Stretching from Okayama city to Soja city, the Kibi Bike Trail is a great way to see the sights. Renting a bicycle and going for some relaxed cycling is a lot of fun.

Incidentally, while we’re talking about the Kibi Bike Trail, here’s an interesting fact:

The Japanese crane hatched on April 29th, 2015 at Kibijitsuru no Sato, which is located about 2km from Kokubunji Temple, was named Kibiji (‘Kibi trail’)

Less than 2 months after hatching, Kibiji is already this elegant! Its motions when picking food already resemble those of a grown bird.

Around August, it will most probably have started to practice flying. In addition to touring the historical sites, come by to observe some of Japan’s protected species up close.

Others Others Okayama Soja City View 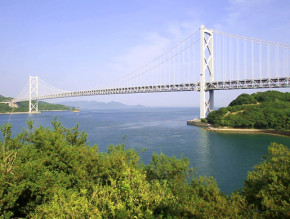 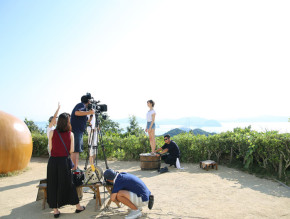