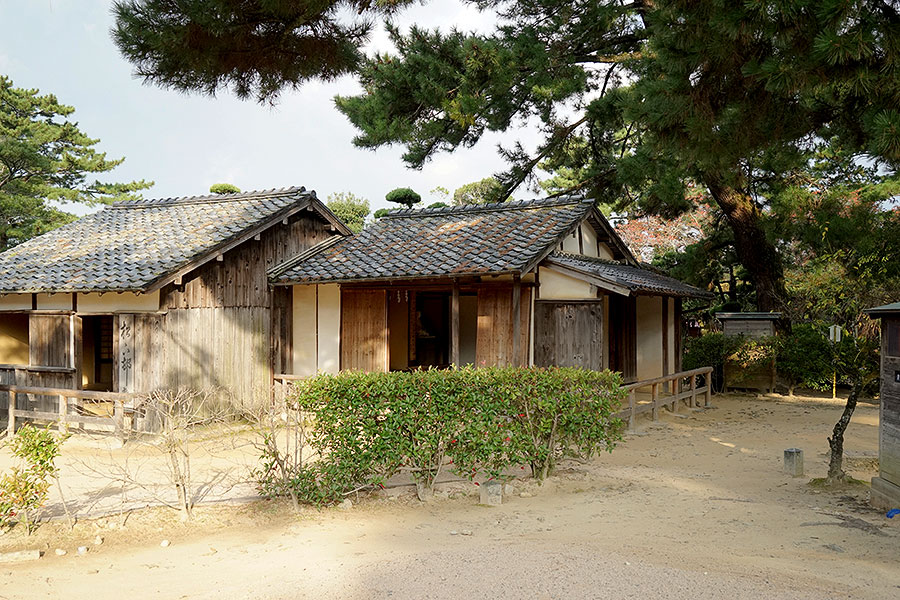 Although the building of Shokasonjuku Academy is modest, its impact has been enormous. 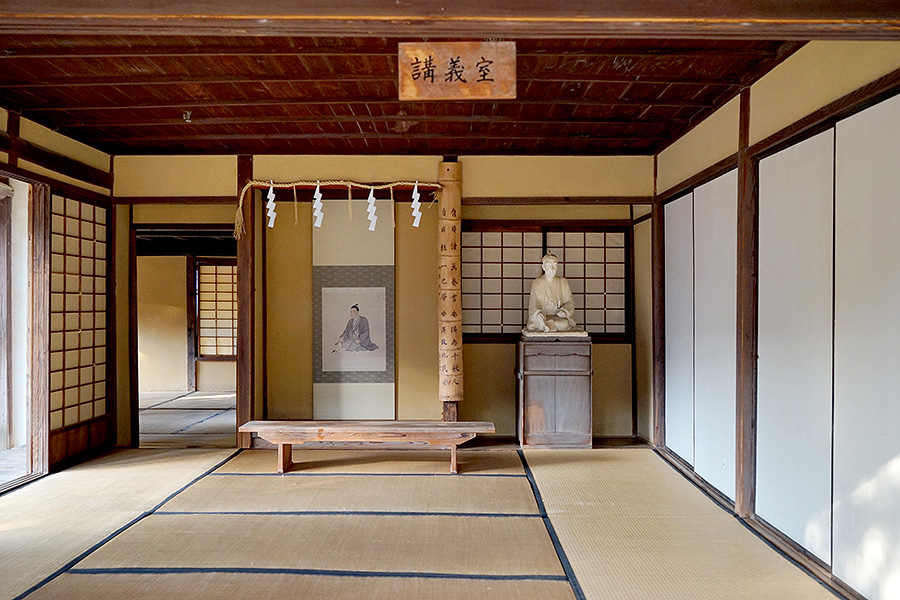 The main classroom of Shokasonjuku Academy. The Hagi Reverberatory Furnace was designed to cast cannons and railway tracks, the nucleus of Japan’s modernization. 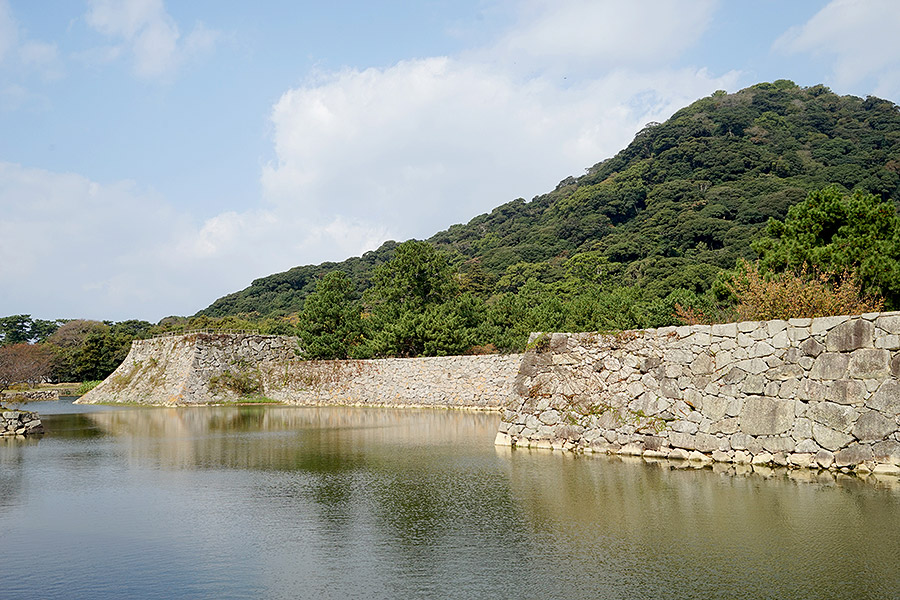 Although the Hagi Castle didn’t survive into the modern era, its presence can still be felt. Anti-ninja defense measures are a common site on these streets. 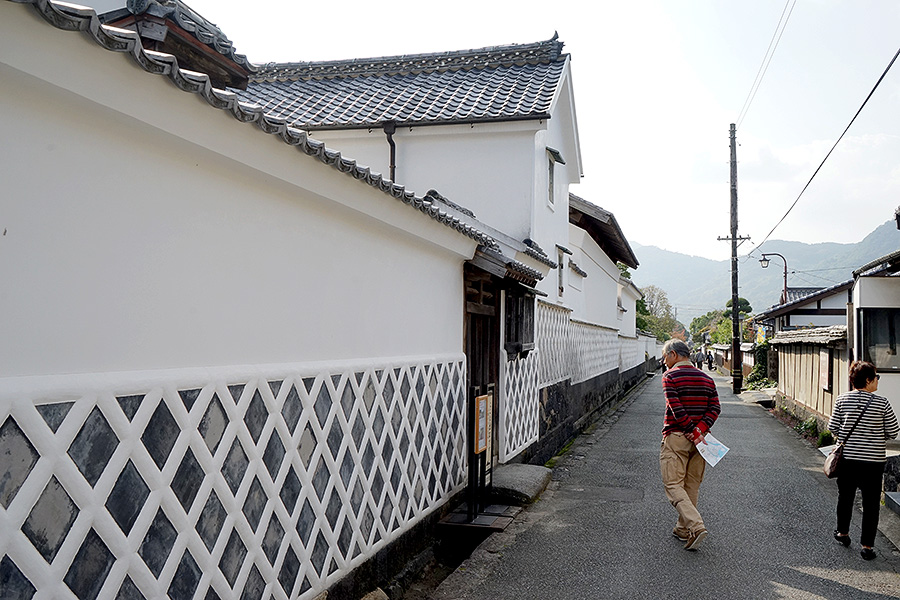 The whitewashed walls and distinctive wall design help the mind wander back to a distant time.

No matter what way you cut it, Japan’s rise from a feudal society into its hyper-modern form has been an amazing transformation. Like many people, I was familiar with the basics of Japan’s journey to becoming a modern country – samurai rebellions, sending bright men to learn from advanced countries, and so forth – but I hadn’t really been to many of the historical sites where the nuts and bolts of this epic change took place.

When the chance to visit Hagi in Yamaguchi prefecture came, I jumped at the chance for a crash course in Meiji history.

So significant is this small town’s role in the making of modern Japan that it hosts no less than five separate sites that have been included in a, rather unusual, UNESCO World Cultural Heritage serial nomination, listed under the rather lengthy name of “Sites of Japan’s Meiji Industrial Revolution: Iron and Steel, Shipbuilding and Coal Mining”. This nomination is a collection of 23 sites around the country which get to the kernel of how Japan successfully modernized.

There is a fair bit to get around in a tour of Hagi, starting with the well-preserved buildings located in an area now called Hagi Castle Town, where many of the buildings and larger homes are as you would have found them hundreds of years ago. Then, three major industrial sites created at the dawn of Japanese modernization. Finally, there is Shokasonjuku Academy, the school that nurtured educators, industrialists and politicians, some of the greatest names in Japan’s modern history.

I had already heard of Shokasonjuku’s founder Shōin Yoshida, a late Edo era philosopher, and was keen to learn more from my obliging guide.

All schooling that took place in Yoshida’s classroom was revolutionary for accepting anyone willing to join the study sessions at a time when access to education was very exclusive. Perhaps it is a continued reflection of this attitude that the building is so humble. Shokasonjuku, as the school was known, is a single-story structure with just two rooms.

My guide tells me that Shōin Yoshida had an inestimable impact on the future of his nation, even though he lost his life at the early age of 29. Yoshida taught pupils who would later radically transform the country. His lessons pushed students to reflect on themselves and the future of Japan in the quickly changing world of the time.

The teacher planted the intellectual seeds of curiosity within his students, five of whom, defying Japanese authorities, smuggled themselves to London to learn directly from the world’s most advanced nation. They are remembered today as the Chōshū Five. These young men arrived in England and were shocked to discover how far Japan lagged behind the technologically advanced nations of the outside world.

The young samurai studied hard, later bringing back the knowledge that would have a huge impact on Japan’s industrial and political transformations during the Meiji Restoration. Among them was Japan’s to-be first Prime Minister Hirobumi Itō and with him, Masaru Inoue, who played a leading role in building Japan’s railways.

After the school, we stopped by to see what today looks like a simple chimney. This was in fact a feat of engineering in the development of technology to melt iron to create cannons for the defense of a vulnerable Japan and railways to connect the country. The Hagi Reverberatory Furnace now fittingly sits next to a small train line.

Our next destination was the Ebisugahana Shipyard, now being excavated to see where modern Japan’s first major shift toward becoming an ocean power took place. Standing up on the high, rocky wharf looking down into the yard, Hagi really felt like a place where Japan meets the rest of the world beyond the sea.

One of the reasons for this town’s great influence was its position as the center of the Chōshū Clan’s power before the region became known as Yamaguchi. Hagi Castle no longer exists as a structure, being destroyed after orders were given to demolish the nation’s symbols of feudal power. However, beautiful stone walls and a moat continue to surround Shizuki Park, which is filled with cherry blossom trees, giving an indication of its bearing on its surrounds.

The castle town was the center of power and culture in the area for 260 years starting in 1600. The architecture on the World Heritage-listed side of the street differs markedly to that of the unprotected side. Buildings along the streets where the feudal lord would pass by only have low windows, so that no one could look down on the ruler. The rooftops are still lined with anti-ninja spikes that made it harder for assassins to enter.

Avoiding disasters since the Edo period has left Hagi with a well-preserved, traditional castle town, and walking down these quiet streets with their whitewashed walls is a trip back in time. If you get a chance to visit I suggest entering some of the houses that have been turned into little museums, to get a taste of what life would have been like in pre-modern Japan. 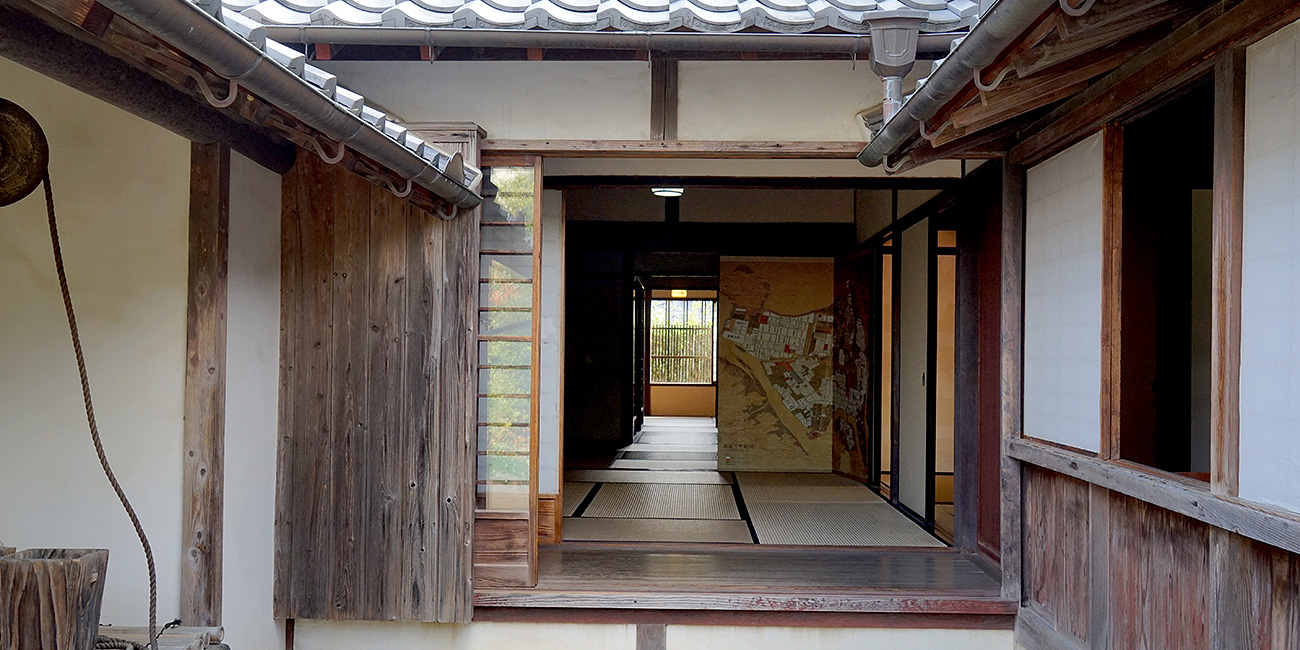 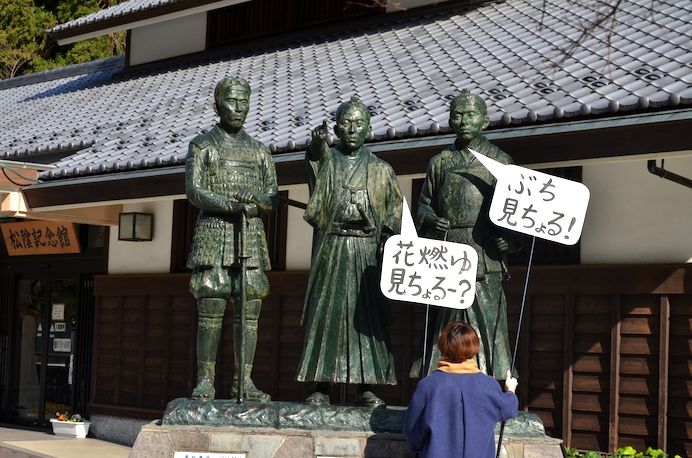 Guesthouse ruco : The ‘Entrance to Hagi’ that Connects People with the Town. 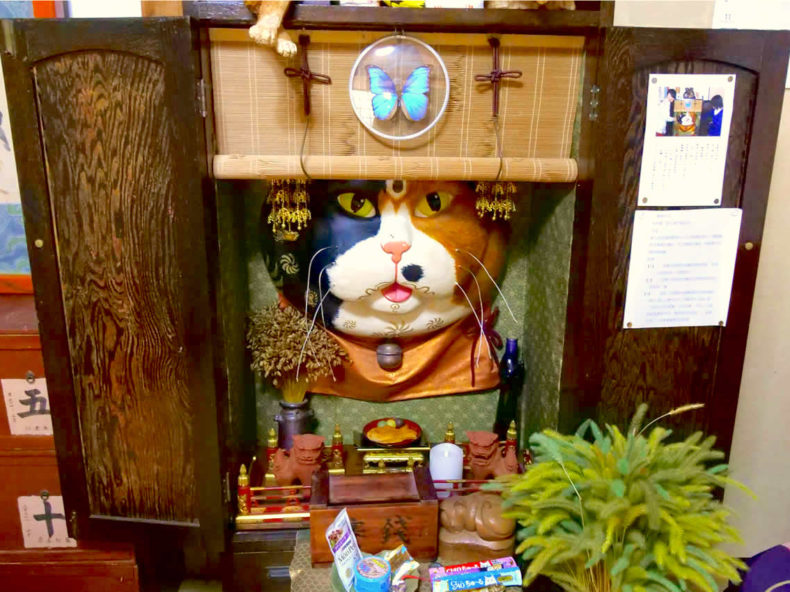 Enjoy the islands, where you can choose even a one-day trip. / Gogoshima Island and Kashima Island of the Kutsuna Islands (Matsuyama-shi, Ehime) Ogama Falls: A Giant Serpent Lives in the Waterfall Basin?!