At a height of just 112m, Kasayama, which is located in northern Yamaguchi prefecture, is often called “the smallest volcano in the Orient”.

This is the panoramic view of Kasayama seen the seafront of the Hagi Castle ruins.
The volcano’s name, Kasayama, comes from it being shaped like a conical hat when seen from afar (one meaning of ‘kasa’ in Japanese).
As there’s a road that goes almost to the peak, it’s an easy mountain to climb. It only takes about 3 minutes walk to the mountaintop from the parking area.

Kasayama’s biggest highlight is its crater!
With both a diameter and depth of 30m, believe it or not, a trail has been set up that allows visitors to descend down into the crater.

Walking down into the crater, you can see the hardened, cliff-like lava up close.
Allowing you to see with your own eyes traces of the Earth’s dynamic volcanic activity, Kasayama is thought to have been formed around 10 thousand years ago – an invaluable location!

Another of Kasayama’s charms is the beautiful view of the sea that it offers!
This is the 3-storey observation deck on the mountaintop.

This is the view to the north as seen from the observation deck!
Numerous islands float in the Sea of Japan.

This is the view to the south, in the direction of Hagi city!
You can also see Mt. Shizuki pushing out of the Sea of Japan, as well as Kikugahama.
Kasayama’s highlights aren’t limited to the mountaintop!

Located at the foot of the mountain, this is Myojin pond. The hill visible further to the left is Kasayama.
As the pond is connected to the sea through a crack in the mass of lava, which makes it tidal, sea fish such as Pacific sea bream, striped beak fish, and striped mullet can be seen swimming in it.

Located at the side of the pond, this is “Kazaana”.
Making the spot a natural cooler, even in midsummer, cool 13℃ air flows through the cracks between the rocks.
This is also a result of the volcanic terrain, but as you get closer to the rocks, suddenly a cool wind starts blowing and the ambience in the area feels just mystic!

Kasayama is famous for its sunsets and has been selected among Japan’s top 100 spots to view it.
The best place to admire the sunset is from the mountaintop, of course…!

The sun sets between the islands.
As the observation deck on Kasayama offers great views both to the south and the north, wonderful sunsets can be seen all year round.
There are also around 25,000 Japanese camellia trees growing on the northern tip of Kasayama! The best season to see them is usually from mid-February to late March.
Drawing many visitors in the spring, the area is also known for being one of the best places in Hagi to see cherry blossoms.
Not only is Kasayama a place where you can have the unique experience of descending into the crater of a volcano, the views of the sea are also sublime. All in all, it’s a charming sightseeing spot with plenty of other highlights waiting at the foot of the mountain, too! 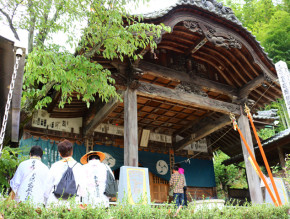 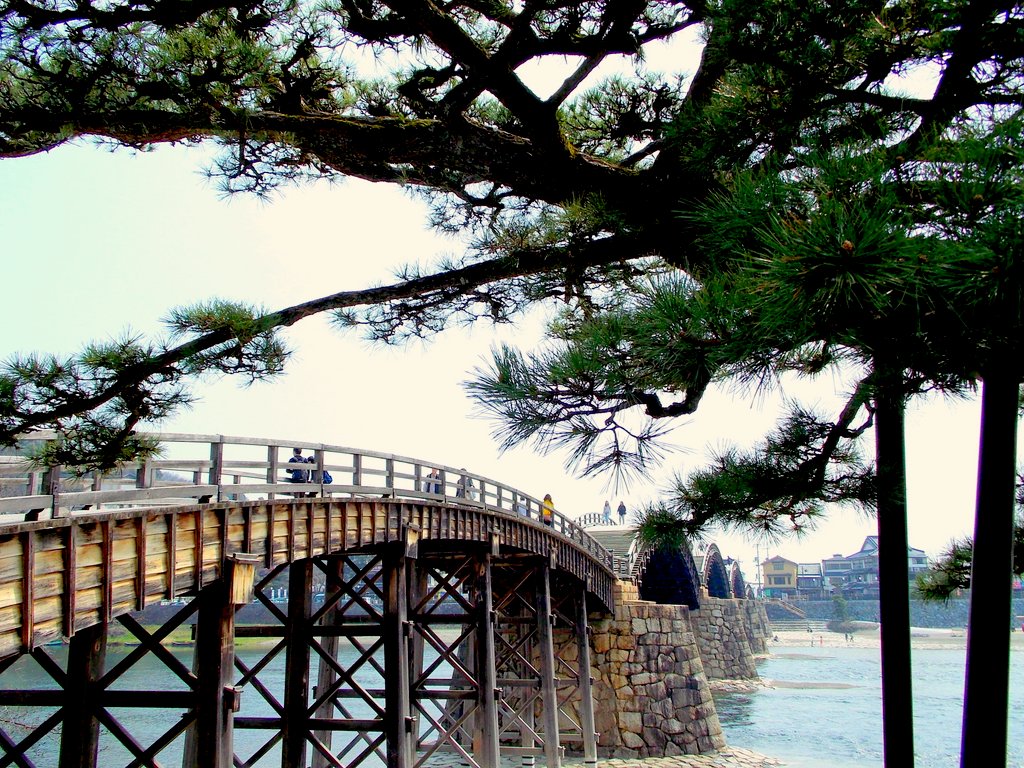 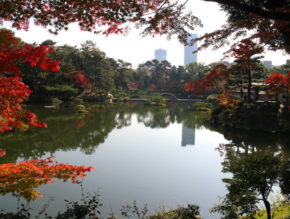