All I can see is the blue sea and massive sky reaching to the horizon. All I can hear is birdsong and the occasional sound of a wasp buzzing by. And behind me stands a stone wall that could be mistaken for a castle wall. I’m standing among the Taira terraced rice fields deep in the mountains, about 4km from Iwai Island port.

In front of the terraced fields, I meet up with Mr. Manji Taira, the owner. As I enter his work shed, I see old tools positioned carefully in the cramped space, which used to be used by Mr. Taira’s grandfather.

Aware that people wouldn’t starve as long as they had rice, during the late Taisho era (mid-1920s) Mr. Taira’s grandfather, Kamejiro Taira, cleared some wasteland and began creating a terraced rice field. He broke the mountainside, turned the soil, and piled up rocks without any proper tools. He wore sandals on his bare feet and his hands were covered in blood. Manji Taira’s mother, who had just graduated from middle school, helped while Kamejiro continued with his labor of love all the way into his final years.

He created a set of enormous rice fields including 6 terraces with stone walls 5-9 meters tall, making a difference in height from top to bottom of over 30 meters. Instead of a castle, it’s a family rice field that three generations built within the span of 30 years.

“My father and I, my siblings and even my children grew plump eating the rice harvested from these fields,” Mr. Taira says with a glint of pride.

“You don’t understand a person’s value while they’re still alive. Now, 50 or 60 years after they’ve passed away, as the times change and you look back, that’s when you realize how remarkable that person was.”

At the time, his grandfather was considered eccentric. Even so, he kept to his conviction, fed three generations, and now many people come just to see those rice fields.

As long as he has time, Mr. Taira enjoys talking with the people who come to visit. ”During those interactions I learned the best saying I’ve ever heard,” Mr. Taira says.

That saying is, “Know what is enough”.

“There’s got to be something better, something easier, there’s no limit to greed. Know what is enough. That’s all a person needs to know.”

It has been over 50 years since Mr. Taira took over the fields. These days he only plants rice on the topmost rice field. “I’ve been doing it as long as I can remember, so if I don’t plant rice, it doesn’t feel like the year has started. Planting even just one terrace makes me feel relieved,” he says with a smile.

Even so, after his time has passed, Mr. Taira says that this will turn back into a plain field.
“If it continues for three generations, that’s enough,” is apparently what his grandfather often said.

As I get ready to leave, Mr. Taira says to me, ”I have one last wish in my life.” He says just a couple of words as I straighten myself up. “Whenever something happens in your life, remember this field, and think to yourself, keep at it!” 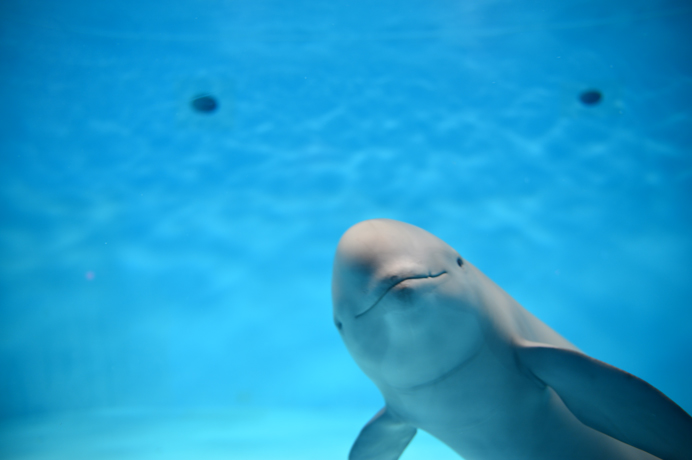 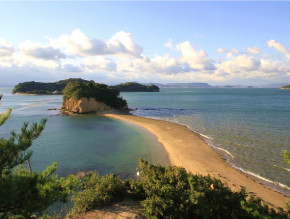 Angel Road & Futagoura: A Sandy “Promenade for Angels” That Only Appears At Low Tide! 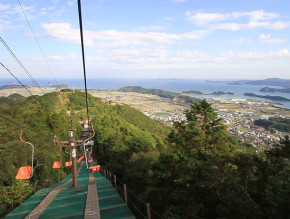