“Shimanami Camera Joshi” (‘Shimanami Camera Girls’) are a group of women living in Imabari city, Ehime prefecture who love photography. In order to convey the charms of Shimanami Kaido to the rest of the world, they take their cameras wherever they go.
From here on, yours truly, Maki Ohashi, a photo-writer who is also a representative of Shimanami Camera Joshi, will be introducing all the lovely things I find when traveling around the Shimanami Kaido area.
My first visit to Kurushima Island & Oshima Island.
Although both islands are small in size, they’re both truly charming.

This is Kurushima Island, the first island I visited this time.
I board a small boat and head towards the small island floating in the Seto Inland Sea. Back dropped against blue skies and the blue sea, and covered in the green of thickly growing trees, the island is really cute.

A lily was blooming by the side of the road. Its pure whiteness seemed to just glow against the blue sky.
To think that turning the camera towards the sky when pressing the shutter would lead to such a beautiful color…

The island is filled with nature.
By chance I spot a cicada’s empty shell. It’s a perfect scene for someone like me who has just started something new. Casting away my old shell… the insect and I are the same.

This is a lantern located at a temple in the middle of the island. The heart-shape and the lantern’s roof with grass growing on it are lovely. It feels like a fairy might just appear from the grass.

Yours truly loves shrines, temples, and ancient history… torii gates make great photography subjects.
On the other side of the gate is a shrine honoring the Murakami Suigun (a feudal era navy division). As I walk through the gate, it almost feels like I’ve slipped back in time to the era of the suigun.

Covered by the sea at high tide, the last part of Kurushima Island I visit is the seashore. I love this kind of unchanging scenery.
I leave Kurushima Island behind and board the same boat, which is now heading to Oshima Island.

These are the ruins of the Oshima battery ammunition depot. The red brick building looks so chic, it’s a perfect place to photograph.
However, this used to be an ammunition depot… I have mixed feelings…

I came across this scarecrow when I lost my way. It’s wearing clothes and a hat and looks strangely adorable…

And then there’s Shimanami Kaido.
Connecting Imabari city with Ōshima Island, from here I can see Kurushima Ohashi bridge. Shimanami Kaido can be shot from various locations, but this view from Oshima Island is amazing.
And then lastly….

This tunnel of trees that looks as if it might lead to another world…
For local people it may be a regular sight, but for me it looks like a special place.
As I take a picture, it seems like a secret forest. I wonder what kind of world waits on the other side of the tunnel.
Info on Kurushima Island and Oshima Island:
In olden times, Kurushima Island was an island of pirates. During the Japanese medieval period, it was the headquarters of the Kurushima Murakami Suigun who were active within the Seto Inland Sea. It’s an island filled with the romance of the pirates who built a castle on the highest point of the island.
On the other hand, Oshima Island is a place of historical sites known only to a few. As it has a Meiji era sea fort that remains in near perfect condition, a rare sight in the whole of Japan, the island has even been selected among Japan’s “Shima no Takara” (‘islands to treasure’) top 100.
Small islands with great history… Walking on these two islands is almost like slipping back in time. How about coming for a visit with your camera?
I’ll talk about the island in more depth next time, in the Ōshima Island edition.

Others Others Ehime Imabari City View 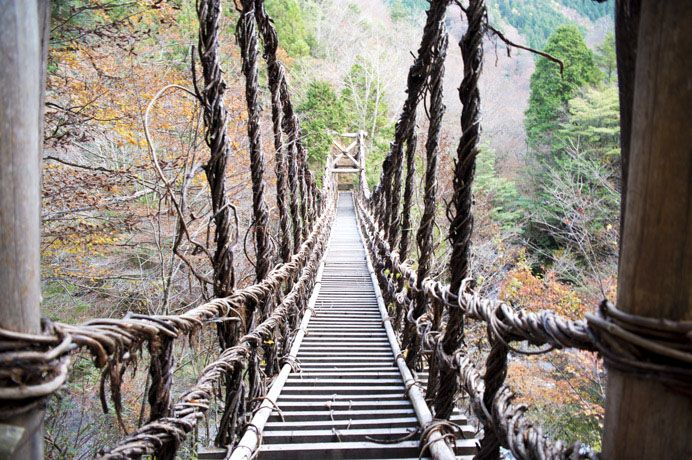 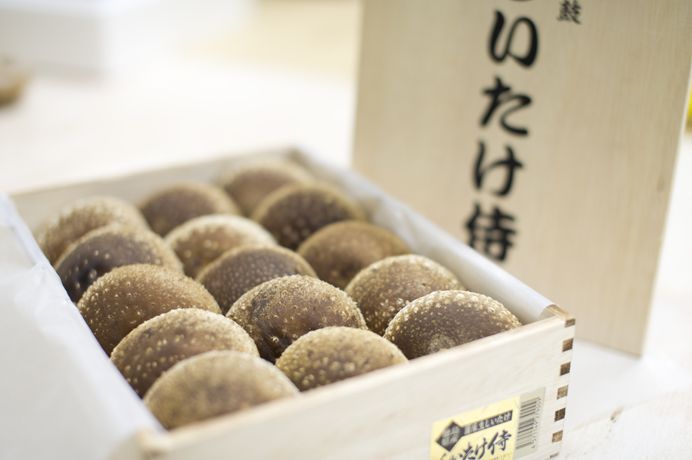 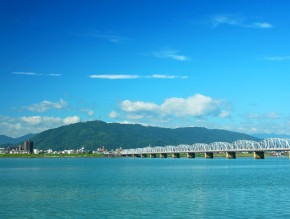